Below is the oldest Appellate case referencing the law firm Wilson & Cole, what later became PBL.

PROCEDURAL POSTURE: Appellant executor chal-lenged the decision of the District Court of Harris County (Texas), which found in favor of appellee widow in the widow’s action to have certain property set aside as her homestead.

Real Property Law > Financing > Mortgages & Other Security Instruments > Foreclosures > General Over-view
Real Property Law > Torts > Trespass to Real Property
[HN1]Where the statute confers upon the owner the right to redeem, his title is not extinguished until the time for redemption has expired. The purchaser has no title to the land until the time for redemption has expired. He has consequently no constructive possession of the premises and no more right to go upon and make use of them than any stranger to the title would have. His entry upon the premises would be a trespass upon the possession, actual or constructive, of the owner who may recover against him for injury committed. Redemption gives no new title; it simply relieves the land from the sale which has been made, and this is true, whether the redemption is made before the statutory time has expired or by consent of the purchaser afterwards.

HEADNOTES
Homestead — Tax Sale — Redemption.
On a judgment by a city for taxes, a homestead, ac-quired when worth less than $ 5,000, was sold to the city and by it to another. The owner, remaining in possession and having under the city charter two years in which to redeem, brought suit against the purchaser to set aside the sale. By a compromise the purchaser had judgment for the property, then worth $ 12,000, and reconveyed to the owner for $ 4,000. Held, that the transaction was equivalent to a redemption from the sale; the owner was reinstated in his original homestead rights to the entire property, and not limited therein to a $ 5,000 interest, as in a newly acquired homestead.
Tax Sale — Redemption.
Where a right to redeem from tax sale exists, the purchaser acquires no constructive possession or right to possession during its continuance.
Tax Sale.
The effect of a tax sale and the rights thereunder are to be determined by the law in force at the time of the sale; and a right of redemption exists, if given by the law then in force, though the sale was for back taxes accruing at a time when the law gave no right to redeem.
Tax Sale — Judgment.
A judgment and sale for back taxes which expressly recognized the right of the owner to redeem was conclu-sive as to the existence of that right in a controversy as to the homestead rights between the widow and the inde-pendent executor of such owner, both claiming under him.
Judgment — Parol Evidence.
Parol evidence of the purpose and consideration of an agreed judgment recovering land and a conveyance from the party recovering to his adversary, not contra-dicting the record or deed, was admissible to show that the transaction was in effect a redemption of the land from a tax sale.
Homestead — Abandonment of Part.
Where the homestead was established in a building used as a hotel, and incapable by its nature of specific partition, there could be no abandonment of a part only of the premises by failing to use such part for homestead purposes. Following Forsgard v. Ford, 87 Tex. 185.
Estates of Decedents — Jurisdiction.
The District Court had jurisdiction of an action by the widow against the independent executor of de-ceased, to recover the property to which she was entitled as homestead and allowances, she declining to take under the will.
Widow — Homestead and Exemptions — Remar-riage.
The widow of a decedent is not deprived by remar-riage of her right to the homestead and allowances se-cured her by law.

COUNSEL: John Kennedy and A. C. Van Velzer, for appellant.

The County Court is given exclusive jurisdiction to annul or suspend provisions of a will, and the District Court has no jurisdiction to hear such cause in the first instance. Prather v. McClelland, 76 Tex. 584; articles 1991 et seq., of Revised Statutes; article 5, section 8, State Constitution. The homestead exemption may be lost in a portion of a building by the use of such portion for pur-poses different from the occupation of the owner for such length of time as will indicate a permanent abandonment as a part of the residence and business homestead. King v. Shoe Co., 51 S.W. 533; Wynne v. Hudson, 66 Tex. 1; Hargadine v. Whitfield, 71 Tex. 485; Hinzie v. Moody, 13 Tex. Civ. App. 193; Pfeiffer v. McNatt, 74 Tex. 641.

It is improper to allege that the object and result of a suit which has proceeded to final judgment was to redeem the property from a sale for delinquent taxes when the decree shows that redemption was not an issue in the former suit; and a special exception to such allegations should be sustained; and where [***2] such special exception is overruled and parol evidence is admitted, which, it is claimed, tends to show such suit was a redemption of the property, a finding that the suit was such a redemption is not sustained by parol testimony which contradicts the pleadings and the decree in the former case. Edwards v. Kearsey, 96 U.S. 595.

An obligation is impaired–lessened, released in part–by extending the time of payment, or by staying its en-forcement. Barnitz v. Beverly, 163 U.S. 119; Goggans v. Turnipseed, 1 S. C., 80; Luter v. Hunter, 30 Tex. 688, and three following cases. When these taxes became delinquent the property was liable to be taken from the Sullivans at once upon foreclosure. This liability could not be released or extinguished in part by legislation which depreciated the effectiveness of the remedy for their collection. Fullerton v. Bank, 1 Pet., 604; Von Hoffman v. Quincey, 4 Wall., 535; Walker v. Whitehead, 16 Wall., 314. Stay laws are a depreciation of the remedy for the enforcement of an obligation. Webster v. Rose, 6 Heisk. (Tenn.), 93; Bronson v. Kinzie, 1 How., 311; Green v. Biddle, 8 Wheat., 1, p. 75.

The decree of the District Court in cause No. 29378 could not properly be attacked collaterally in this case.

After a second marriage a surviving spouse is not entitled to an allowance out of her first husband’s estate, she not being then a widow. The decisions (Woodall v. Rudd, 41 Tex. 375; Ball v. Lowell, 56 Tex. 579), make the allow-ance a matter of discretion to depend upon the station in life, the circumstances, the amount of estate and the apparent needs of the widow; in the Woodall case it was denied.

The estate of the deceased, Wm. Sullivan, being administered by defendant as the independent executor of the will of Wm. Sullivan, deceased, free from the supervision and control of the Probate Court, the District Court is the only court that has jurisdiction to set apart homestead and other exemptions to plaintiff, the surviving widow. Sayles’ Civil Statutes, article 1995; Runnels v. Runnels, 27 Tex. 516; Holmes v. Johnson, 56 Tex. 51; McDough v. Cross, 40 Tex. 251; Nelson v. Lyster, 32 Tex. Civ. App. 356; Ray v. Whitaker, 92 Tex. 355.

The front part of appellee’s business and residence ho-mestead being an integral part [***8] of the building on lots that are exempt as a homestead, can not be subjected to forced sale under the Constitution and laws of this State. Forsgard v. Ford, 87 Tex. 185; Prufrock v. Joseph, 27 S.W. 264; Tenny v. Westphall, 26 S.W. 436.

Under the decree of the District Court of February 16, 1900, and the law of the State of Texas, appellee had the right to redeem her homestead from the sale of her property for city taxes thereunder at any time within two years after the date of the sale. Chapter 27, page 186, Special Laws of Texas, Twenty-sixth Legislature, 1899, amending the city charter of Houston, being section 40 of the city charter of Houston, page 56; Acts of 1899, chapter 40, laws of Texas, page 50; Article 5198a, sup-plement Sayles’ Civil Statutes; Collins v. Ferguson, 22 Tex. Civ. App. 552.

Appellee and appellant’s testator being parties to the suit by the city of Houston against them, appellant could not now urge any objection to appellee’s and defendant’s testator’s rights, acquired under the decree of the court, the city being satisfied and no appeal being taken from the judgment. Williams v. Egleston, 170 U.S. 304; O’Phinney v. Trustees, etc., 42 Atl., 58. 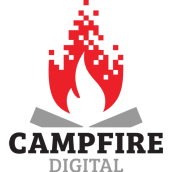